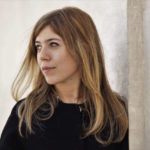 Her debut in the USA, at Carnegie Hall in New York, consecrates her as one of the most interesting pianists of her generation.
Daniela Giordano began studying the piano when she was very young, revealing an innate talent and passion for music. She graduated summa cum laude and honorable mention at U. Giordano Conservatory of Music.
She went on to study with Maestro P. Bordoni and then attended International Music Universities. Daniela postgraduated at the Lugano Musikhochschule with M° V. Ashkenazy and obtained a Master’s degree in Music Performance and Interpretation (Major Piano).
In 2011, she has won the FIDAPA International Piano Competition and was awarded a Scholarship to attend a Meisterkurs Klavier at the Salzburg Mozarteum with M° Perticaroli.
After that, she was admitted to Santa Cecilia National Academy in Rome and in 2014 she got an additional post-graduation degree with Maestro B. Lupo.
Daniela has been awarded First Prize in National and International Piano Competitions: First Prize “Pianists of Italy”, First Prize “Giulio Rospigliosi”, “Best Execution Award” at the 9th International Piano Competition “Premio Napolitano” (member of Alink-Argerich Foundation, the Nederland’s Foundation that includes the most prestigious competitions in the world).
Daniela performs as a soloist in the most important concert halls and theatres in the world (USA, Great Britain, Austria, Swizerland, Germany, Nederland, Spain, France, Auditorium Parco della Musica in Rome, Scarlatti Hall and National Museum in Naples, Teatro Marcello in Rome and many others).
Her live performances have been broadcasted by RAI (Italian Public Television) and Classical Planet, during the Euroclassical Festival.
She has just published her first record: Giordano 2.0, a monography dedicated to piano works by Umberto Giordano, which received a recognition by the Scientific Technical Committee established by the Ministry of Cultural Heritage and Activities for the 150th anniversary of the birth of the composer.
She is Piano Professor at Donizetti Conservatory of Music in Bergamo and she is very fond of teaching music, delivering Masterclasses and Lectures in Italy and abroad.
www.danielagiordanopiano.com